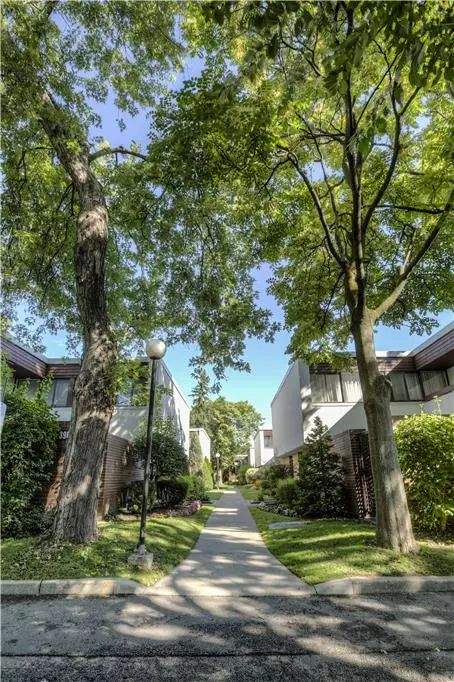 This fabulous community is coveted for its ideal North York location. Nestled in the established Windfields neighbourhood of large, single family homes this upscale and distinctive community of two-storey townhomes is well kept, lush and green yet only minutes from all of the urban amenities.

Winfield Estates is as close to just about every possible convenience that you could imagine; major highways and public transit, picturesque parks, shopping, restaurants, excellent schools, daycare, entertainment and sports facilities, to name a few. The townhomes are designed with a unique L-shaped layout, built in groups of four, which allows each home to have its own private and spacious garden courtyard, originally labeled an atrium. The courtyard is easily accessible through sliding doors which walkout from the living and dining room area as well as the kitchen dinette.Beautifully landscaped grounds fully finished basements and private patios. It is very convenient to the public transit system and the major traffic routes on hwy 401 and the Don Valley Parkway. It's about five minute walk to the Oriole Station on Go transit and another short walk to the Sheppard subway station. It is situated within one of the most highly rated school districts in the city, with a dozen schools and daycare centres close by, as are three local libraries. North York General and Sunnybrook Hospitals and various medical clinics are a short drive away, in addition to pharmacies on Sheppard Avenue, Bayview Avenue and York Mills Road.